We support our clients by providing expertise in the following fields:

As an example, our expertise in China in social e-commerce, video, and live streaming platforms allows us to find the optimal solution for each project in the region.

Our marketing communication campaigns are a product of deep and thorough research and expert knowledge of global and local business trends. As a strategic partner of Dentsu, we have access to its vast knowledge bank.

We help our clients to adapt their brands to local markets by interpreting brand meanings and values to local audiences' sociocultural specifics, adjusting business models to local environments, and designing effective promotion strategies.

We help our client grow their most important assets – reputation and trust – by quick responses to challenges and a focus on business goals and core values.

In recent years, we have been actively holding strategic sessions for companies’ top management. Knowing the specifics, trends, and demands of the modern business, having expertise in strategic planning that utilizes the best and latest practices, we forge programs that meet the goals and objectives of each client. 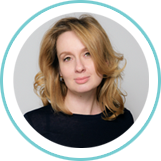 From 2002 to 2005, Irina worked at the Centre for Political Technologies, and participated in the origination of the International Institute of Political Expertise.

Three projects lead by Irina, “Russian Film Week in New York” and “Participation of SCA’s Female Team in the Volvo Ocean Race” and "Promotion of the image of Moscow through the social networks of China and the Republic of Korea" won the Silver Archer USA and IPRA PRoba Awards in PR and Silver Archer Russia accordingly.

Since 2007, she has been among the TOP 1000 Managers according to the Kommersant newspaper. 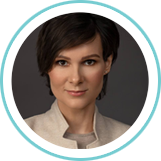 Irina has experience in managerial positions in sales and business development, including work experience abroad (she was responsible for promoting Russian media project - RBTH Russia Beyond the Headlines in China), experience in developing and implementing strategies for Russian companies in Asia, expertise in e-commerce in China, experience in facilitation and coaching work with management.

Commendation of the President of the Russian Federation, 2015 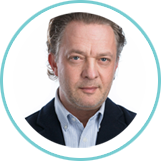 Dmitry is a Professional Certified Marketer (PCM, The American Marketing Association), a visiting professor at RANEPA University and the British Higher School of Design. Dmitry spearheaded an EMBA exchange program between RANEPA and the City University of Hong Kong. Throughout his career, Dmitry has brought to life more than three hundred international marketing campaigns, taught over a thousand MBA and EMBA-level students, and consulted numerous CEOs of major corporations. 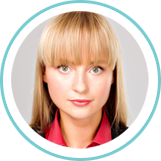 Evgenia has been working in PR for over 13 years. Prior to joining B.Bright Communications, Evgenia worked for several years in the field of public relations and interacted with companies in the Internet and IT sectors, automobile, financial and energy industries, prosecuting communication projects using various PR tools:  from organizing press events and press-tours to the promotion of the first persons of companies, etc. 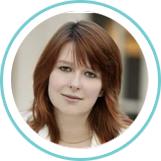 Olga has a higher education in economics, graduated from the Russian State Social University.

Prior to joining dentsu group agencies, she worked in marketing and event management. In 2008, she joined the AdWatch agency as a public relations manager and since then has been successfully building up her experience in the field of communications. 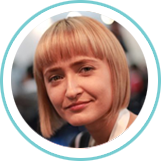 Maria graduated from the Journalist Faculty (Department of Advertising and Public Relations) of the St. Petersburg State University.

She is skilled in deep content analysis, has more than 15 years’ experience in communications. By now she has been working in the fields of media, election headquarters data centers, press services of the government agencies, advertising and PR agencies. She has successfully implemented projects in the government relations, financial, pharmaceutical, information technology, automobile production and tourism.

As a part of the Russian team in the project "Promoting the image of Moscow as an international tourist and cultural center in Chinese and Korean social networks to create a positive image among residents of the People's Republic of China and the Republic of Korea" she worked as an editor, the project gained the XXV National Award in the field of public relations development "Silver Archer". 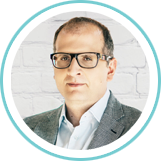 Managing Director of the Riki group, a leading Russian animation company, the owner of the brands «Kikoroki», «The Fixies», «Baby Riki» and others. Russian top manager, investor, producer, journalist.

Since 2014, Mark has worked as the director of development for AliExpress in Russia and the CIS. In May 2015, the owner of AliExpress – Alibaba, registered an official representative office in Russia to expand its business. Mark became CEO of Alibaba.com (RU), the Russian "daughter" of Alibaba Group (LLC ALIBABA.COM (RU)).

Under the management of Mark Zavadsky, one of the main brands of Alibaba, Tmall, was introduced to the Russian market in 4 years’ time. Russia became the first country outside China where Tmall started its work.

In May 2018, Mark joined Sberbank as Director of Strict Digital Partnerships. In the same year, he became the head of the Sberbank Regular Business Development Directorate, which at the end of 2018 grew into SberX and nowadays coordinates the development of the ecosystem around the bank's non-financial business areas.

In 2019, Mark Zavadsky left the post of head of the Directorate for the Development of the Sberbank Ecosystem SberX, but continued his relation with the bank as a consultant. After leaving Sberbank in 2019-2020, he combined the positions of Independent Director of the «May» company, Chairman of the Advisory Board of Goods.ru, Advisor to Huawei and Chairman of the Supervisory Board of the Riki Group of Companies.

In November 2019, the Riki group of companies announced a joint production with the Chinese Alibaba Group and enunciated the creation of a Steering committee, which took over all the leadership of the group. The committee was headed by Mark Zavadsky. 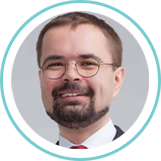 Alexander is a specialist in the field of corporate law and foreign investment in China. He is a member of several Chinese professional associations: China Mergers & Acquisitions Association, China Venture Capital and Private Equity Association. He has formed many close connections in the form of friendship as well as professional ties with the leaders and partners of large and medium-sized Chinese law firms.

Alexander is the only Russian arbitrator at the Shanghai International Arbitration Centre, an adviser to the Russian Chamber of Commerce and Industry, one of the founders of the Chinahelp.me Center for Legal Assistance to Compatriots in China.